Site is under construction

DEEP IMPACT is exploring the potential effects of artificial light on organisms that remain active in one of the last undisturbed and pristine dark habitats on the planet – the Arctic polar night.

Artificial illumination at night is increasing by 6% per year on average, thus becoming one of the fastest-spreading environmental challenges of the Anthropocene. Recent advances in the study of Arctic marine ecosystems have show that the poalr night is characterized by continuous activity and biological interactions across all trophic levels and taxonomic groups. Importantly, even at the darkest periods of the year, light is still the primary regulative factor.

The overarching hypothesis addressed in DEEP IMPACT is that in a system where organisms remain active and are adapted to detect and respond to extremely low levels of natural light during the polar night, their susceptibility towards light pollution is likely to be high.

With a continued warming and reduction of Arctic sea ice, human presence in the region is predicted to increase substantially. Inevitably, so will light pollution. This will have a direct impact on organisms and biological processes and also affect our capacity to understand these processes as surveys are routinely carried out using lit ships in the dark .

Deep Impact is a project funded by the Norwegian Research Council (project number 300333). 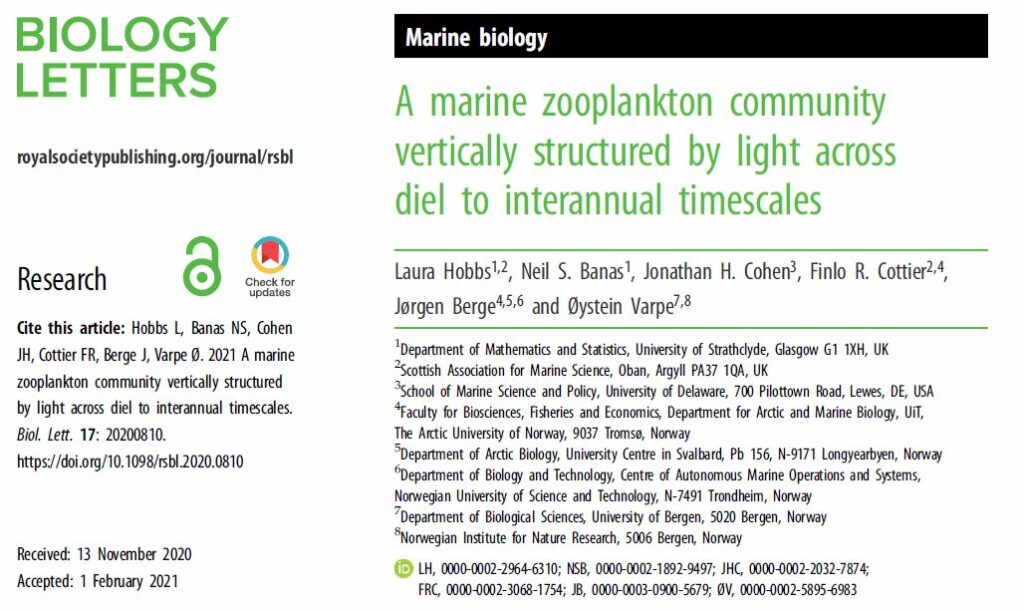 Using acoustic records, Hobbs et al.  show that zooplankton in an Arctic fjord position themselves vertically in relation to light. A depth-varying line of constant light intensity (isolume) bascially forms a ceiling above which  zooplankton won’t venture.The value of this isolume is set at the lower limit of photobehaviour reponses of Calanus spp. and krill. These results suggest that zooplankton follow a foraging strategy that will keep visual predation risk roughly constant under changing light conditions. Thus they already have a strategy to cope with climate induced changes in the under water light climate, such as those caused by the reduction of sea ice.

Deep Impact started officially in July 2020. As we were not able to travel and meet in person this autumn we had a virtual kick-off meeting. 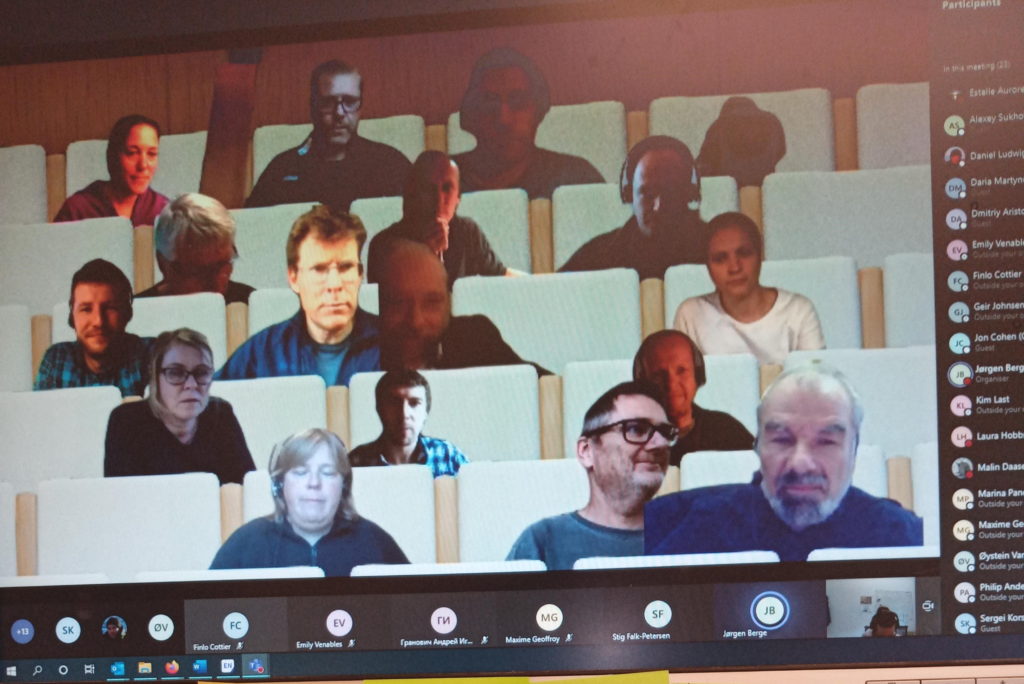 Deep Impact is building on numerous observations made during polar night campaigns over the past decade. Have a look at these publications to learn more about polar night and the importance of light even during the darkest part of the year 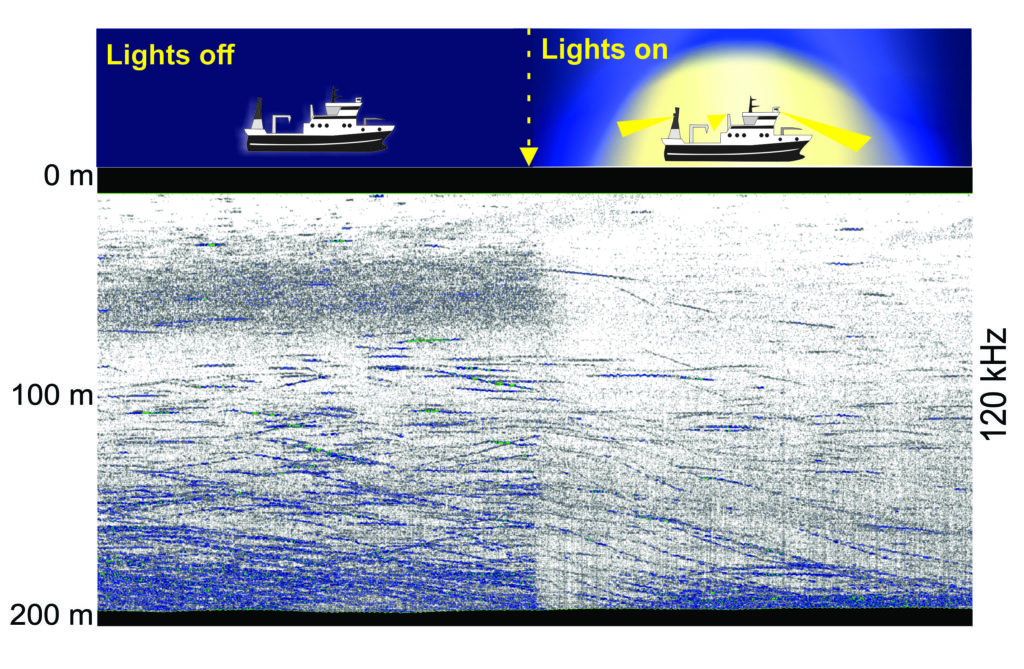 Berge et al 2020 showed that normal working-light from a ship may disrupt fish and zooplankton behaviour down to at least 200m depth across an area of >0.125 km2 around the ship.  Our study concludes that biological surveys in the dark from illuminated ships may introduce biases on biological sampling, bioacoustic surveys, and possibly stock assessments of commercial and non-commercial species. 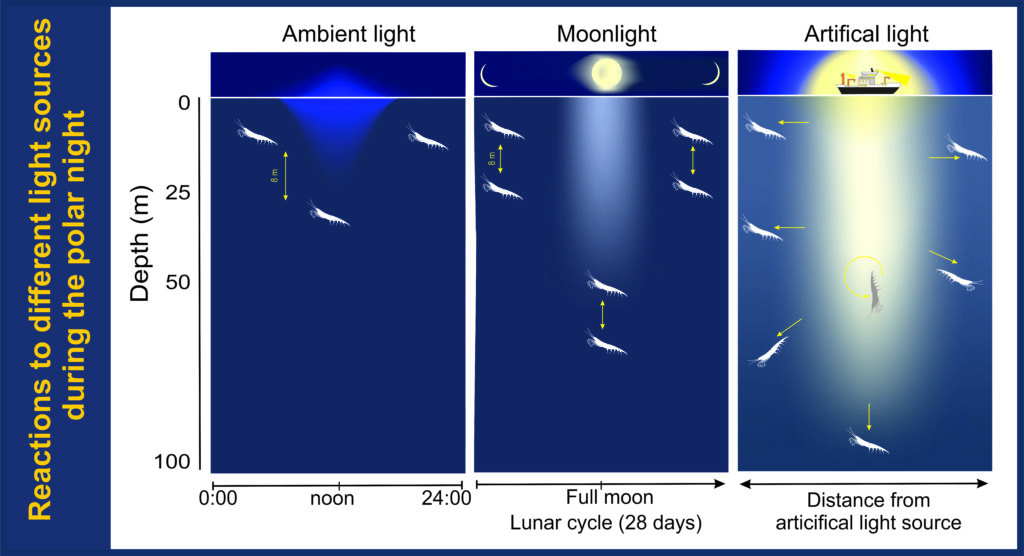 Ludvigsen et al. 2018 used an Autonomous Surface Vehicle fitted with a hyperspectral irradiance sensor and an acoustic profiler to detected and quantified the behavior of zooplankton in an unpolluted light environment in the high Arctic polar night and compared the results with that from a light-polluted environment close to our research vessels. 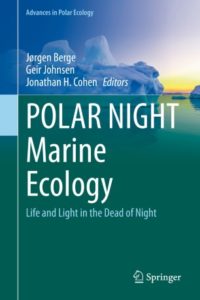 Interested in more polar night ecology? Check out “Polar Night Marine Ecology – Life and light in the dead of the night” published by Springer in Advances in Polar Ecology

Other publications and articles: