Now that we have tested this blog for a few days it is time to tell you what this blog is actually all about. So this will be a rather lengthy blog entry providing some background information.

In the next weeks we will blog about our field campaign in the high Arctic fjord Rijpfjorden.  This field campagain is part of the project “CLimate Effects On PlAnktonic food quality and trophic TRAnsfer in the Arctic marginal ice zone”, or short CLEOPATRA II.

Our field campaign takes place in Svalbard, an archipelago located between 76 and 81 N in the European Arctic at edge of the Arctic Ocean. Rijpfjorden is a north-facing fjord with a wide opening towards the broad shallow shelf (100–200 m deep), which extends to the shelf-break of the Polar Basin at approx. 81oN. For all of you not familiar with this region have a look at the map below. 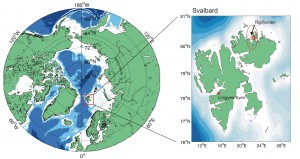 Map of Arctic and Svalbard. Rijpfjorden will be our home for two weeks. (Figure: M.Daase)

A very simple field station is situated in Rijpfjorden consisting of a small wooden hut (“Bjørnehiet”) build by polar bear researchers in the 1970s and a four square meter hut (“Sukkerbiten” =” Sugar cube”) and a container set out by UNIS in 2006 for the International Polar Year field campaign. Living conditions will be rather simple. Due to limited space in the helicopter that will fly us out, we will largely live of dry tech (and chocolate). We’ll have to be aware of polar bears passing by our camp and communication with the real world will be once a day via Iridium phone. 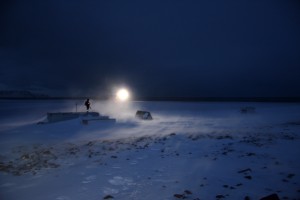 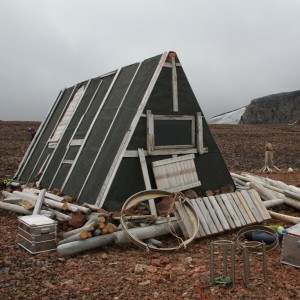 The field campaign is organized by scientists from the University Centre in Svalbard (UNIS) which is located in Longyearbyen, the northernmost city in the world. (http://www.unis.no/)

You may wonder why are we going all the way to Rijpfjorden if we have a fjord right in front of Longyearbyen (or we also could just go a bit further north to Kongsfjorden and reside in Ny Ålesund, an international research station)?

Well, the “problem” with the fjords along the west coast of Svalbard is that these fjords are not very “Arctic” despite their high north location. Warm Atlantic water from the Gulf Stream is transported all the way to Svalbard and flows along the western coast of Svalbard keeping the waters here rather warm and the fjords are largely ice free even during winter. We are however interested in ice covered ecosystems. And that we find in Rijpfjorden where the influence of Atlantic water is less extenisive.

So why are we doing this field campaign and what are we actually doing?

To answer this question some background information on arctic marine ecology is needed:

We are interested in a copepod species called Calanus glacialis which is about 3-4 cm long and one of the larger copepod species in the Arctic. It is a key species in Arctic shelf seas, making up 70-80% of the available biomass in the water column, and an important food item for other zooplankton, fishes and birds. 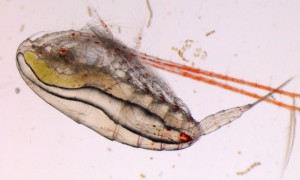 To survive in the Arctic organism here have to be able to deal with a highly seasonal environment. Calanus glacialis is herbivorous, i.e. it eats microscopic algae (phytoplankton) produced in the water column or in the ice (ice algae). Algae can only grow if there is enough light and nutrients. Thus algae production is low during the polar night (autumn and winter) and as long as an ice cover prevents light from penetrating into the water column. Consequently the productive season is very short (from ice break up in late spring (May-June) to late summer (August)). Organisms need to adapt their life cycle in a way that they can deal with these constraints.

Calanus glacialis has evolved a number of adaptations to deal with the seasonal limitations in food availability: it accumulates large lipid reserves during the summer so it can survive long periods without food supply and overwinters in an inactive state at greater depth where it doesn’t waste any energy.

In ice covered sea two main blooming events happen in spring: as soon as enough light is available to penetrate through the ice algae start to grow within the ice and form an ice algae bloom. Later in the season when the ice breaks up a phytoplankton bloom occurs in the water column. Thus Calanus glacialis has two food source available in spring. While reproduction can be fuel with the energy stored in the lipids, C. glacialis also uses the energy provided by ice algae to produce eggs. By the time these eggs have developed to stages that can eat the phytoplankton bloom has set on and can thus be efficiently utilized for growth and development of the new generation. This is a very efficient way to make the best of the brief productive season. The general life cycle of Calanus glacialis in relation the two blooms is summarized in this figure. 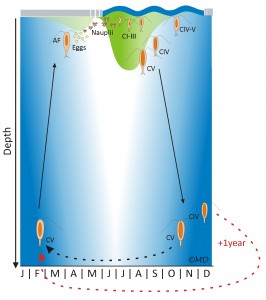 There are a lot of unanswered question when it comes to the life history strategies of Calanus glacialis. We like to know more about how important the two blooms are for the reproductive success but also more about physiological process, enzyme activities, the lipid storage in particular during the polar night and spring.  Calanus glacialis is well adapted to an ice covered ecosystem. But what will happen if the ice disappears? Or if the ice breaks up earlier in the season, shortening the ice algae growth period and pushing the phytoplankton bloom ahead of time? Will Calanus glacialis be able to start reproduction earlier, will internal lipid stores be enough to compensate for the lost of the ice algae bloom? And how will increase water temperatures affect this cold water species?

Within CLEOPATRA II we combine field and laboratory investigations with model development to ultimately arrive at an improved understanding of C. glacialis adaptations to a warmer climate with less sea ice. We particularly focus on winter and early spring ecology which at present is poorly known. The main objective is to obtain a better knowledge of C. glacialis  physiology and life history strategies to predict the degree of match/mismatch of key biological processes at the base of the Arctic marine food web in a changing Arctic.

During the last year we have conducted monthly sampling in Billefjorden, a fjord closer to Longyearbyen (accessible with boat or snow scooter in day trips) to document the full annual cycle of Calanus glacialis. We also had the chance to visit Rijpfjorden last autumn, and this January and February. During the International Polar Year (2007-2008) a number of field campaigns were conducted in Rijpfjorden but we missed out on the main ice algae season (coming either to early or too late in the season).  So we go now in May in the hope to hit the ice algae bloom peak. Parallel to our field campaign similar samples will be taken in Billefjorden and Kongsfjorden so we can compare our observations over a wide spatial and environmental range

Details about our sampling program will follow in future blog entries, but briefly: we will work on the sea ice close to where a mooring is deployed in Rijpfjorden. Our sampling program consists of net hauls to sample the zooplankton community at different depth in the water column and we will bring live Calanus to our field-lab for different kind of measurements. We will take water samples and ice cores to measure chlorophyll and nutrient concentration, to analyse the algae species composition and for DNA analysis of micro organisms. And we will run some experiments on sites with and without ice cover.

The project is lead by UNIS with participation from the Norwegian Polar Institute.

Janne Søreide (UNIS) is the principle investigator of CLEOPATRA II and our fearless leader. She is in charge and the reason this whole field campaign is happening. Janne is a marine biologist, with over 15 years of experience doing fieldwork in the Arctic and a broad scientific background including plankton ecology, trophic biomarker, lipids biochemistry, sympagic-pelagic-benthic coupling, and much more. Janne was a Post Doc during the IPY project CLEOPATRA, the prequel to CLEOPATRA II. 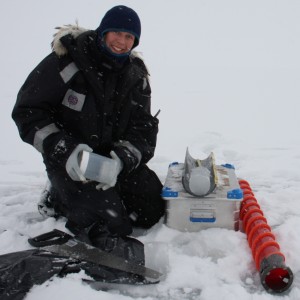 Josef Wiktor joins us form the Institute of Oceanography, Polish Academy of Science (IOPAS). He is a specialist when it comes to phytoplankton and ice algae and due to many decades of experience conducting field work everywhere in the Arctic he is a very resourceful person to have in the field (i.e. he knows how to improvise when equipment is not working in the middle of nowhere). 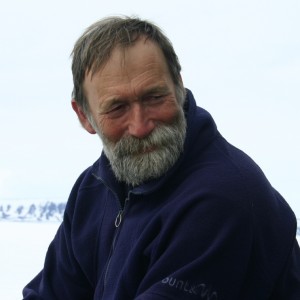 Daniel Vogedes (UNIS, University of Tromsø) is a marine biologist with a background in plankton ecology and Calanus life history and >10 years of field experience from Svalbard. He is also heading the secretary of the ARCTOS network (http://www.arctosresearch.net/). Daniel is very handy to have around when it comes to deal with all kind of technical equipment. If it’s chargeable he can charge it, if it’s connectable to the internet he will have it online in no time. He also brings along his ROV so we can have a look what’s under the ice, and he is the technical person behind this blog. 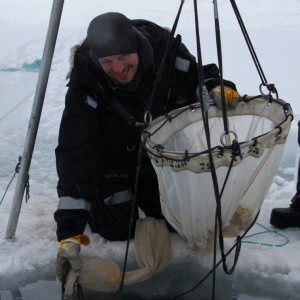 Malin Daase (Norwegian Polar Institute) is another marine biologist with a background in Calanus life history and with 15 years of experience from field work in Svalbard. She’s the “girl for everything”, and will also be in charge for the photo-documentation of this field campaign and later on for producing nice graphs of the data we’ll obtain. 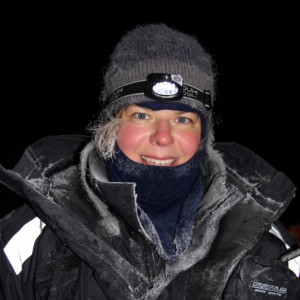 Miriam Marquardt (UNIS) is our youngest team member. She is a PhD student working with marine microorganism within the MicroFun project. She probably will spend most of the time in Rijpfjorden in the lab container filtering water. 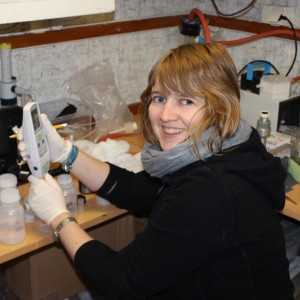 Einar Johansen joins us from the logistic section of the Norwegian Polar Institute. He is the only non-scientist in our team which probably makes him the most useful person. His main task is to get the two old snow mobiles going that are stored in Rijpfjorden and which are essential to get us and our equipment out to the sampling site. He is also in charge for camp safety, and being a professional cook it will be interesting to see if he can do any magic to dry tech. (sorry, no picture yet)

So, that’s it for the background information. We are busy packing and the plan is to fly out with the helicopter on 1st May and stay until 14th May.

We will try to keep this blog updated via Iridium, so it may not always work. But stay tuned to find out if the ice algae bloom has started, how many eggs Calanus is producing, how many liters of water Miriam will filter, if the snow mobiles are still alive, how deep the station is snowed in at our arrival, when the first bear will show up, and how soon we will get sick and tired of dry tech (Daniel probably never, Malin already after half a package during last weeks Billefjorden trip…).

Summarized in a few words, the objective of CLEOPATRA (CLimate Effects On PlAnktonic food quality and trophic TRAnsfer in the Arctic marginal ice zone) is to obtain a better knowledge of Arctic zooplankton physiology and life history strategies to predict the degree of match/mismatch of key biological processes at the base of the Arctic marine food web in a changing Arctic.

You can download PDF of the official CLEOPATRA 2 poster here: